Businesses have lawyers. So should you.
Contact Us Now

Not all debt collectors operate within the law

Not all debt collectors act in bad faith toward consumers, but some blatantly ignore the federally designated practices. The debt collection industry results in the most consumer complaints, according to the Federal Trade Commission, an independent federal government agency. In 2015 alone, the FTC reported bans against 30 collection companies and individuals for violations of the Fair Debt Collection Practices Act, or FDCPA.

It may not be your debt

Being told you owe a debt can be unsettling and lead to rash decisions. It starts with a phone call from a number you don’t recognize. On the other end of the line, someone says you owe a debt you’re certain you have already paid or don’t recognize at all. They may bully you and demand payment at that moment, leaving you feeling powerless against the consequences.

Don’t reach for your wallet yet - and don’t hang up. Just because someone says you owe money doesn’t necessarily make it so.

Don’t do anything until you get it in writing

The Consumer Financial Protection Bureau has reported that 65% of the complaints it receives are from consumers who had been asked to pay a debt they did not owe. Under the FDCPA, a debt collector alleging a debt against you must send you written verification of the debt within five days of initial contact.

The verification must include:

If this is a scam, the offending party may face additional criminal charges of mail fraud.

Don’t be a victim of a fraudulent debt collection

Disputing a debt in Kansas or Missouri

If you receive a written notice of the alleged debt, you have 30 days to dispute it in writing. Once the debt is disputed, debt collection activity must halt until the collector sends you proof. If it persists without proof, you need to speak with a Kansas City attorney about exercising your rights.

Let an attorney protect you from alleged debts

Don’t put up with unfair debt collection. If debt collectors won’t leave you alone about a debt that doesn’t belong to you, you need to speak with a fair debt collection attorney in Kansas City and St. Louis. Stecklein & Rapp believes in the consumer’s right to protect themselves from unfair debt claims. This is why we offer you the chance to discuss your disputed debt with one of our attorneys at no additional cost.

You shouldn’t go into debt because of another’s error

We’ll investigate on your behalf to determine if you have a case. If we move forward and win, all fees will be paid by the offending debt collector. Even if we lose, you still owe nothing. Take the opportunity to exercise your federally guaranteed rights and speak with a Kansas City or St. Louis attorney. The worst thing you can do is ignore a debt - even if it doesn’t belong to you. 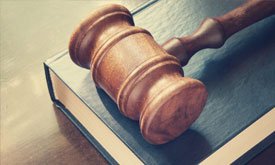 Why should you pay a debt you don’t owe? Let an attorney at Stecklein & Rapp in Kansas City help you find a way to remedy this situation. Set up a no-cost consultation today through this website or by calling our office.